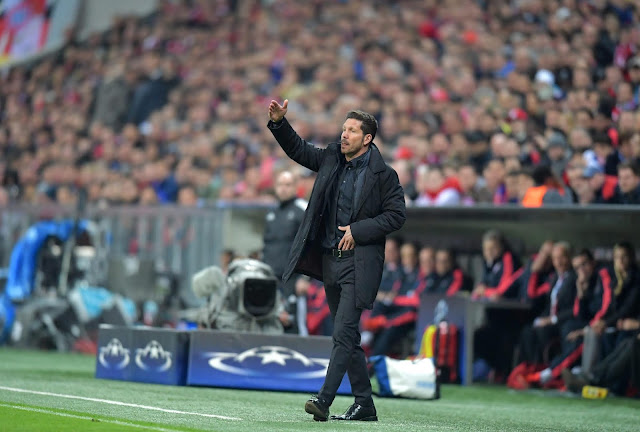 Top Eleven is a game full of surprises. It can give you unexpected surprises and there are ways through which you can surprise your opponent during matches. The game allow us to  change the Team Mentality from defending to attacking and vice versa. But many managers, specially the begginners are confused about how to use it. In the article “Necessary Tactical Changes during the Match in Top Eleven.”, we have already discussed how to change your game to defensive or attacking play during a match. In this article I will discuss when to use these approaches depending on match situation.
1. Comfortable Situation:
Suppose you have a healthy lead over the opponent, say you are winning the match with 2 or more than 2 goal differences with 30 minutes left. Now you can change your playing approach. Again here, a few cases arise depending on the quality of the opponent you are facing.
Case I: While facing a weak opponent
If your opponent is much weaker, you don’t have to switch to defensive play. In this case, if you are playing a league game you can go for more “attacking” option to score more goals. This will boost your goal difference which hels in league matches. But if one of your good players is on a card you should substitute him to avoid suspension for the next match. While sacrificing your good player you may need to change your game-play approach to “defensive”.
But when you are playing a CL /Cup game and progressing to the next round is ensured, strong goal difference has no meaning there. So it is better to substitute your best players (to avoid straight red) and change the game to “low pressing”, “defensive” play so that your players won’t tire out much and “easy tackle” to avoid unnecessary cards.
Case II: While facing a strong opponent:
If your opponent is equal or stronger than you and you are in a comfortable position to win/progressing to next round in case of CL/Cup it is recommended that you should hold the lead. In this situation “Possession Play” comes in handy if the opposition is equal to your team, and “Defensive Play” will help you if the opposition is stronger than you.
2.  Panicking Situation!
Okay, hold your breath. Here, by panicking I am trying to say when you are losing a match or it’s getting tougher for you to score a much-needed goal. Off course in that case you need to change your game-play to “attacking approach” irrespective of the opponent. But I have seen most manager panic in that situation. I have seen managers putting 3 strikers while leaving his defense vulnerable to concede further goals.
Proper steps must be considered while changing your game-play to an attacking one. Which are given as follows:
a) Firstly you need to keep your calmness and study the opponent’s formation and have to set a counter-formation. (To know about counter formation click here)
b) If your opponent is weaker you can also play with “normal” team mentality with putting more players up front as you can expect goals from that.
c)  If the opponent is equal or stronger, try “attacking approach” with only minimum players up front as discussed in the article.
Things to remember in Top Eleven!!
1. Always play with a valid formation irrespective of the situation of your game.
2. Always start your game with the “Normal” team mentality and then switch to “attacking” or defensive” approach as needed.
3. Use the arrow feature properly. To know about how to use the arrow feature effectively, click here.
4.  Have faith in your star players. Never substitute your best scorer when a goal is needed, and the best defender when you need to defend.
Hope this will help you a lot!
Let us know if the article was helpful or not and feel free to ask if you have doubt on anything. We will appreciate your valuable feedbacks.