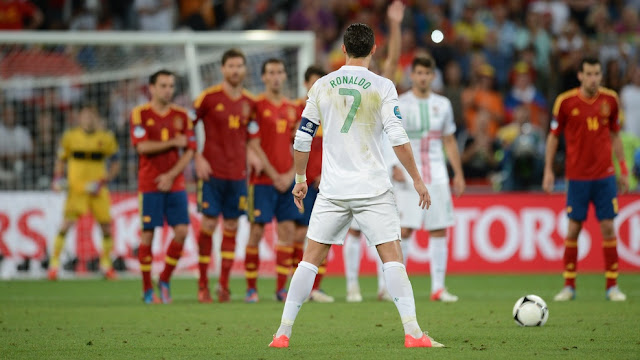 Special ability is one of the very important things that a player can have. We can see a different kind of abilities in Top Eleven.. here we will discuss some of them in this article.

Goal Keeper— Abilities you can you use for a GK is mainly two, One on one stopper or Penalty kick Stopper. Well from this two abilities, if you want to choose one then it has to be One-on-One stopper. The GK should have good anticipation as well as rushing out to stop a prolific striker. Penalty kick is very rare in the game so it is better to go for one on one.
Center Backs (DC)— The most useful ability for a center back is having to be defensive wall. A player of good height, as well as strength, is good for a center back. A CB with defensive wall can save you from conceding goals from a free kick.
Fullbacks (DL/DR)— A fullback with aerial defender as special ability can save you from the crosses into your box by the opposition. Aerial defending will also minimise the threat of conceding goals from a corner.
Defensive Midfielder (DMC)— A holding mid with playmaker as special ability is the most preferable combination. He will hold the play and at the same time may give a perfect pass to develop a counter attack.  You can also assign any other ability such as penalty kick specialist, corner kick specialist as per your choice.
Central Midfielders ( ML/MC/MR)— A midfielder with dribbler as a special ability is always a threat. He can dribble past two-three players and can give key passes to your strikers.  A playmaker (MC) is also very important in the build of the play. Special ability such as Free Kick and Corner Kick is also an important thing to have by a midfielder. If you have a player with multiple positions such as MR/AMR or ML/AML, you can assign shadow striker ability to them.
Attacking Midfielders (AML/AMC/AMR)— As you can all see that most of the goals in this game come from these three players. They are the main asset of the team, you may have a very good defense but if you don’t score then you never going to win a match. Here, shadow striker is one of the most important ability you can assign to an attacking mid, who plays as a secondary striker. Apart from that if the player has good shooting ability then you can give free-kick or corner-kick to this player.
Striker (ST)— A striker with free kick specialist is always a jewel to have in your team. He can win you matches with those precise set-pieces. The ST should have good shooting and finishing skill. Also, one-on-one scorer is also available but in most of the cases, it can be seen that he is not that useful like a free kick specialist.

We hope that it may help you to build up a perfect squad and win many titles. Comment below if you have any doubt or suggestion.