Image Source
Lack of Budget is a serious problem in the game who are in the lower level (beginner). Often those managers had to adjust with a cheaper player instead of an expensive one due to lack of budget. Where the truth of the matter is “excellent things/players are always expensive“.

In this article, we will talk about collecting a huge amount of budget, so that your club doesn’t need to compromise with cheaper players in the future due to lack of budget. There are various types of sources to earn money in Top Eleven, we will discuss one by one.
Sponsorship: Sponsors a considerable amount of money in this game. If you are a daily player then you can go for the daily contract, which will give you 40% more money than a season contract. if you are not comfortable with a daily basis contract then you can go for the weekly one having 30% extra income.
Stadium: Stadium is one of the main income sources of a club but its a very long process till you reach everything maxed up. However, for the long term future of the club, you must work right from the beginning. Bigger the stadium, higher the ticket price, greater the collection. There are a few factors which affect the ticket price. If the ticket price is too high the fans visiting the stadium will be less and your revenue will be low. Also due to the absence of fans, you will not get 5/5 possession bonus from fans in home matches which is important to maintain the possession play in the game.

(If you have played the older version of Top Eleven then you know about the fan base of your club. It increases with your manager level. When your stadium get maxed out (260K seats) the capacity become fixed but the fan base keeps rising. From that point, you can think about pushing slowly the “X” part with the increase of your manager level. All the facilities should get maxed by 25 seasons if you are an active manager) 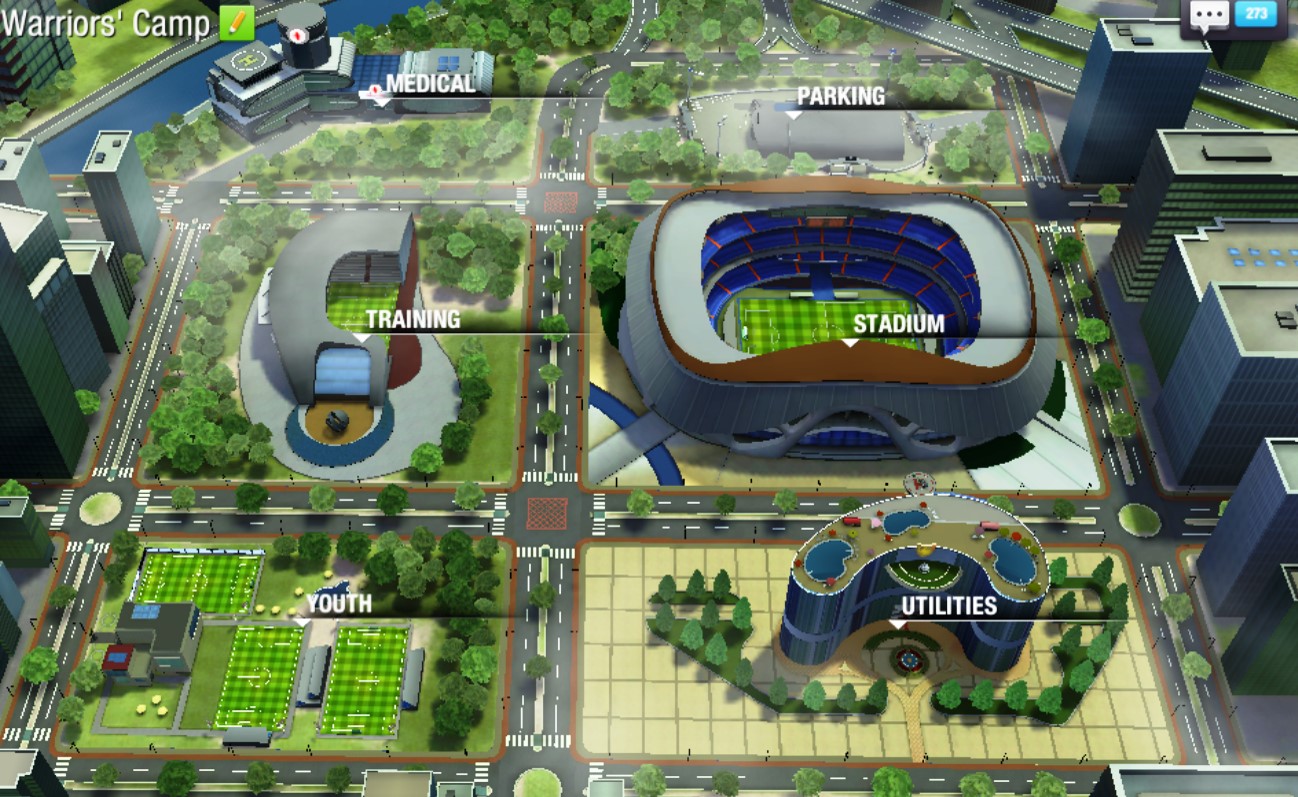 Parking & Utilities: Although it may seem that these two are useless and if you invest it will be a waste of money, parking and Utility both have an influence on fans attendance. Which indirectly connected with the ticket price.

Youth Academy: This is a trick to raise funds that many new managers are not aware of. A full-grown youth academy provides 2 players twice a season (2×2=4 players in one season). Out of those 4 players, 2 players come for free. Now you can just sign them and sell them in the market. The remaining two cost you some tokens but if your club has a crisis of fund then it is suggested to sign them and sell them. You will get a fair amount of money in your hand in exchange for a few tokens. If you make your youth player 39% (it will appear for some manager as 99%) and there is a chance you will get a negotiation offer. (Discussed below under “Business”)
Business: Doing a small tricky business in the game may help you to raise your fund. On the very last day of the season buy 5 players [58%-59%] with 5 Tokens (18/19 years with double positions]. As soon as the new season starts they will become 38%-39%. Many managers in the lower level will see them as 99% in the negotiation window and you can get a fair amount of money by accepting the offer.
Player Contract & Wage: Do not renew the player contracts every season. Renew it only when it is about to expire and at the end of the season. As soon as you renew the contract of a player the wage of the player rise by some amount. If you renew the contract at the beginning of the season then the player will play with higher wage but if you didn’t the player will play the full season with the previous wage. Hence the 28 players together cost you an additional amount of money for no reason.
No Retirement: Make sure no player is taking retirement from your club. Every player has some value, but when he decides to hang up his boots the market value of him becomes zero. So you have to sell out any player who is about to take retirement or retire soon in near future.
Watching Videos: 15 videos daily sums up to more than 400 in an entire season. Even if it feels like the amount of money injection per video is very less then also it will become a great amount at the end if you multiply it with 400. (But I will recommend not to waste time by watching videos collecting money, rather watch it for Green/rests boosters and focus on earning budget with another method as discussed above)
This is all about gathering funds/budget in the game. Let us know if the article was helpful for you or not and also inform us if you have some other ideas about collecting funds. Feel free to give your feedback by commenting below.