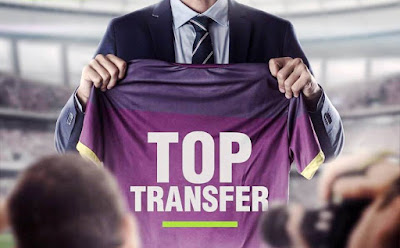 If you are playing Top Eleven for several seasons then you must have come across one or two players who have always gotten good ratings in the match even if you lost the match or an ST who always used to score in almost every match. They are the match winners (prolific and promising players) and your team needs them if you want to win some major trophies or triple crown. Now the big question is ‘How to find them?‘

There are thousands of players in the market and how you are supposed to find the odd one out and what is their identity? In this article, I will tell you the little secret to identifying them.

When you have a handful of budget and plenty of Tokens, it’s very easy to make a 5* team but it’s a tough job to make a promising/catastrophic squad which will destroy all other teams in the league or any other competitions. A team which will make other managers think twice before selecting their playing XI.

Many managers struggle scoring goals in the match even if they start the match as favorite. Win the match with 1 or 2 goal difference against an underdog. Sometimes they lose miserably against equal teams and can not imagine about winning against higher teams. And they keep wondering why the players are not performing up to the mark? why their high rated team is not able to deliver the expected performance? Why is the team not scoring 5 or more goals? The reasons are quite simple i) Messed up Tactics/formation ii) Lack of Prolific Players. Let us consider a manager has good managerial skills but he is struggling for the 2nd reason.

When you go to the market you come to see a wide range of players from 18yrs to 32+yrs and 40% to 99% and in the scout list 116%. And player price varies for both age and rating according to your manager level. For every level of manager, there is a certain amount of price hike in top eleven and you have to mark that out. For example, let’s consider 23yrs 99% players in level 14 manager, there will be low priced players [42m], average priced players [48m] and high priced players [54m]. Out of these many players who have price the tag around 45m and below are not so good players, who have the price tag around 52m and above are really good players (the match-winner) and rest all others are average players. You may sometimes find an extremely high priced player in the market, it is recommended to buy that player, he may become CR7 or Messi of your team and lead you to win many more trophies.

The above Picture is the glance of a level 10 manager’s negotiations list where better player/s are marked out for different ages. In short, for the same age and rating, ‘higher the price tag, better the player’
Now let’s talk about one more thing if the price tag of 2/3 players is same then who will be the better player? In that case, who has higher wage value is the better player.

The above picture is the visual explanation and proof of this article. So, spend your money and tokens wisely on quality players rather than wasting them on some poor performing players. Quality players will lead you to win many trophies but a foolproof squad will lead you nowhere.

let us know if the article has helped you to find the perfect players for your team or not. Also, don’t forget to comment if you have any doubts/suggestions about the article. We will be happy to help you.